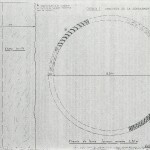 1981.01.08 Due to the French privacy laws, the case was originally published with the witness name replaced with the pseudonym Renato Collini; however the witness name is by now well known to the UFO community as Nicolai. (ufoevidence.org) 17.00 At about 5.00 pm, Mr Collini, in the words of the French Government’s UFO study group […]

1980.06.08 On 8 June 1980 at Port Klang [a] destructive act was reported.  A bright luminous ball that rotated and gave off various colours appeared above an oil refinery and seemed to shoot a beam of light straight at the complex, according to eyewitnesses.  The beam missed, but hit a house nearby, which erupted into […]

1979.08.21 [One] of the more intriguing [Project Moon Dust] reports is summarized here. La Paz, Bolivia, 1979: A fireball fell with a whistling sound and exploded in the suburb of Rue Retiro.  There was no impact crater, however.  The two objects recovered were metal spheres, similar to copper, and “dark with light spots”.  They were […]

1977.09 Numerous (at least 35) witnesses/victims, islands near Bélém, Brazil. Focused radiation injuries and deaths among rural Brazilian hunters after close approach by small rectangular flying objects. Example best demonstrates: Light beams from objects can kill; deaths appear to be due to radiation; even small objects can cause these effects. (temporaldoorway.com)

1977.07.01 03.00 The Aviano blackout In the early hours of 1 July 1977, US soldier James Blake at the NATO base at Aviano saw a very bright light hovering over the location of two military aircraft; this was corroborated by other personnel on the base. (UFOs: The Definitive Casebook, Spencer) At about 3.00am a USAF […]

1974.10c In the autumn of 1974, a metal disk some 100 metres across approached a South Korean anti-aircraft shore battery.  The commander launched a Hawk guided missile which was immediately shot down by a “white ray” from the UFO.  The second ray was directed at the battery, melting the remaining two Hawk missiles into an […]

1970.04.09 15.00 Retired electrician Max Krauss (65) was walking northeast along a country road towards Langenschemmern (now called Schemmerhofen) south of Ulm in south Germany at about 15.00 on 9 April 1970.  The sky was almost completely overcast, with a strong west wind.  Suddenly two muffled sonic booms caused him to look around (to his […]

1967.11.06 01.30 Car-stop cases in Britain Exactly ten years after the Levelland events – in late October and early November 1967 – Britain suffered a major wave, with police cars chasing UFOs.  Questions were asked in Parliament.  Two classic car-stop cases occurred during the wave.  The most impressive was at Sopley, right beside the secret […]