1973.11 Istrana Air Base A strategic area to the north and east of Venice, this is another region with plenty of UFO activity. Little news has filtered out about an incident at the Istrana Air Base in November 1973.  However, the story has similarities with the landing at RAF Bentwaters in England, in that the […]

1973.02.04 On 4 February 1973, the Eyre Highway provoked one of its stranger encounters when a nurse and her boyfriend were driving towards Kimba in South Australia.  They observed an orange rectangular glow in a field beside the road which seemed to contain a large white figure of humanoid appearance.  The image resembled a person […]

1972.10.28 22.05c On the evening of 28 October 1972 five men manning a 200-foot (61-metre) lighthouse were to receive extraordinary visitors. Just after ten o’clock in the evening Corporal Juan Fuentes left the others to inspect the generators at the base of the lighthouse.  As soon as he left the quarters he noticed an object […]

1971.12.13 18.00 First experience It is a little difficult to capture my thoughts at the time of the first sighting.  I was only thirteen years old at the time and had been returning home late from piano lessons at school.  The school was Mackie Academy in Stonehaven…  It would have been around six o’clock at […] 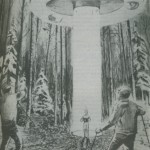 1970.01.07 [Click image to clarify and enlarge] 17.00c Close Encounter of the Third Kind “I felt ill.  My back was aching and all my joints were painful.  My head ached and after a while I had to vomit.  When I went to pee the urine was nearly black, it was like pouring black coffee onto […] 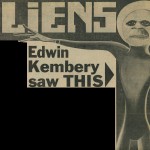 1967.08 00.00 SCIENCE FICTION OR AMAZING FACT? by ANTON ANTONOWICZ IT happened at midnight in August, 1967.  Edwin Kembery had just found his lost collie in the fields close to his bungalow. He was returning with the pet, and a fierce Alsatian watchdog, when he saw the shape of a huge cannon shell looming in […] 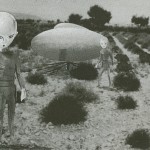 1965.07.01 05.45 Just over a year after [the Zamora incident], at 5.45 am on the morning of 1 July 1965, a farmer at Valensole in France had a remarkably similar experience.  There had been mysterious disappearances of his lavender crop… (UFOs and How to See Them, Randles) Farmer Maurice Masse grew lavender for use in […] 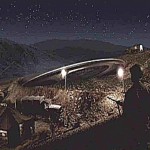 1961.02 Timmensdorfer [sic] Crashed craft (phoenix foundation – now defunct) Date: February, 1961 Location: Timmendorfer, Germany There were pictures of a 100-foot disk that had crashed in Timmendorfer, Germany, near the Baltic Sea in 1961.  The British Army, according to the report, got there first and put up a perimeter.  The craft had landed in […]

1958.10 19.00 At approximately seven o’clock in the evening Señor Angelu, riding his motorcycle near Figueres in Spain, saw what appeared to be an object crash in a nearby wood.  Wanting to help, he went towards the site but saw that it was not a crashed plane but a landed UFO of traditional saucer shape, […] 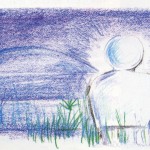 1954.09.10 [Click image to clarify and enlarge] 22.30 Alerted by the sound of his dog howling outside, Marius Dewilde, at approximately 10.30 in the evening on 10 September 1954, opened his door and saw two strange humanoids just a few feet away from him.  They were wearing one-piece diving-style suits and their heads were enclosed […]