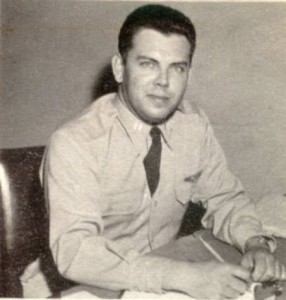 Ruppelt was the director of Project Grudge from late 1951 until it became Project Blue Book in March 1952; he remained with Blue Book until late 1953.  UFO researcher Jerome Clark writes, ‘Most observers of Blue Book agree that the Ruppelt years comprised the project’s golden age, when investigations were most capably directed and conducted.  Ruppelt himself was open-minded about UFOs, and his investigators were not known, as Grudge‘s were, for force-fitting explanations on cases.’ (The UFO Book: Encyclopedia of the Extraterrestrial, Clark)