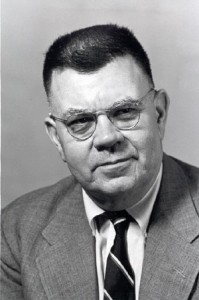 Condon [was] a quantum physicist who was a member of the team that built the atom bomb.  He had high security clearance and was to some degree “the Government’s man”, but he had earlier challenged Government sources over a toxic poisoning scare, which gave him the credibility that the project needed to gain public acceptance.

In many ways Professor Condon was an ideal choice for the task.  His scientific credentials were beyond reproach: he had contributed to the development of radar and the atomic bomb, and he had written the standard textbook on atomic spectra.  During the early 1950s his recommendation that the Atomic Energy Commission ought to be put under civilian control had been accepted.

Condon was behind the controversial Scientific Study of Unidentified Objects.