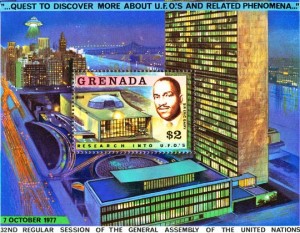 In 1978 the President of Grenada, Sir Eric Gairy, tried to force a United Nations debate on UFOs.  Eventually he succeeded…

US governmental agencies have instituted several investigations into UFO activity, but they have been so fainthearted that little has been achieved.  In 1978 an attempt was made to have the United Nations officially investigate UFOs.  The unsuccessful bid was made by [Gairy], prime minister of the Caribbean island of Grenada, who said that he himself had witnessed one.  “It was a brilliant golden light travelling at tremendous speed,” he said… 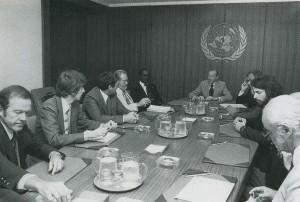 Few astronauts will discuss the subject of UFOs these days.   However, one of the pioneers of the early Mercury flights created a storm when he addressed the UN on the subject in 1978.

“There are several of us who do believe in UFOs and have had occasion to see a UFO on the ground or from an airplane,” said Gordon Cooper.  He also pointed out that astronauts were reluctant to discuss their experiences…

“Several days in a row we sighted groups of metallic, saucer-shaped vehicles at great altitudes over the base (Germany, 1951) and we tried to get close to them, but they were able to change direction faster than our fighters.  I do believe UFOs exist and that the truly unexplained ones are from some other technically advanced civilization.”  (Gordon Cooper, former USAF pilot and NASA astronaut.)

Prominent Americans have… gone on record that the UFO phenomenon is worthy of serious study.  For example: Letter from Gordon Cooper to the United Nations: 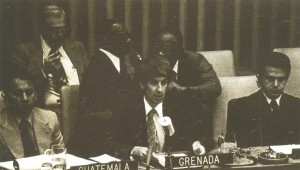 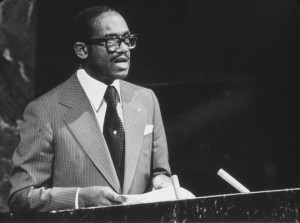 In the autumn of 1978, the First Committee of the 33rd UN General Assembly discussed the question of launching international UFO research. The discussion was based on [a memorandum from ICUFON], a public US organisation studying UFOs. It provided a wealth of information on the military-technical and military-political aspect of the problem.

Note: [This] article was excerpted from the no 6, June 1989 issue of Soviet Military Review, which, along with English, is translated into about a dozen other languages.

“We remain firmly opposed to a Grenada resolution on UFOs…  Therefore, make no attempt to conceal the UK’s intention…”

Nothing beyond a resolution calling for further action emerged, and Sir Eric was unable to push for the resolution to be implemented.

This effort, spearheaded by the late Prime Minister of Grenada Sir Eric Gairy (1922 – 1997) in the period between 1976 and 1979, culminated with the UN General Assembly Decision 33/424 of December 18, 1978, “Establishment of an agency or a department of the United Nations for undertaking, coordinating and disseminating the results of research into unidentified flying objects and related phenomena.”

Afterwards, though, information on UFO research in the west dwindled. The press published only distorted and superficial information about UFOs.

Note: [This] article was excerpted from the no 6, June 1989 issue of Soviet Military Review…

[Gairy] became so engrossed he was deposed!