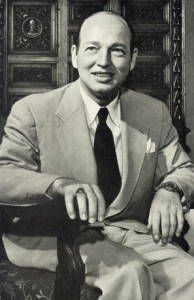 In the 1950s, Sarbacher was serving as a consultant for the military’s R & D board…

[On 1950.09.15 Dr Sarbacher was interviewed by Wilbert B Smith, a Canadian scientist.  The notes Smith made of the interview confirm the reality of the ETH.]