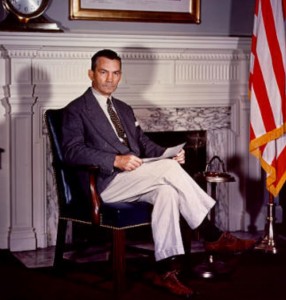 Secretary Forrestal fell to his death from the sixteenth-floor window of the hospital in which he was being treated for depression.  Whether he jumped or was pushed has been speculated upon.