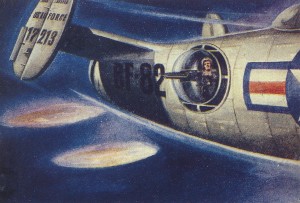 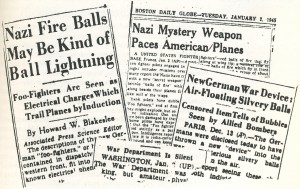 Only after the war was it revealed that the balls were not sent up by the Germans.  Their forces had seen them too – and thought they were a British or American device.  Pilots from either side in both Europe and the Pacific war zone had seen similar shapes flying alongside them on bombing raids, sometimes in formation.  The Allies had christened them “foo fighters”…  The official verdict was that the balls were electrical phenomena called St Elmo’s fire, but many of the pilots thought they knew better.