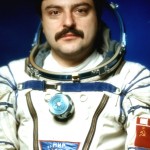 [Click image to clarify and enlarge] 1951.03.22 – Musa Khiramanovich Manarov is a Soviet Lak cosmonaut who has spent 541 days in space.  He is an ethnic Lak from Dagestan, Northern Caucasus.  Born in Baku, Azerbaijan. (Wikipedia) 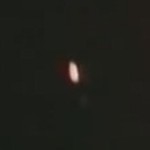 1991.03.31 [Click image to clarify and enlarge] UFO footage from the Russian space station Mir.  The… footage shows a cylinder-type object hovering near the space station.  The camera zooms in on the object. (OVNI Chapterhouse website – now defunct) The video was taken on March 31, 1991.  Mir cosmonaut Musa Manarov filmed the approach of […]

1990.03.07 10.40 Another incident involving a helicopter’s near-miss with a UFO took place in the vicinity of Nalchik Airport, [Russia,] USSR, on 7 March 1990, when the crew of a Mil Mi-2, commanded by V Silka, was ordered to investigate a low-flying unidentified object that had been tracked on radar since 10.40 am.  The helicopter […]

1987.09.15 There is a fourth, unofficial, similar statement from Ronald Reagan about this particular subject.  It was reported in the New Republic by senior editor Fred Barnes.  The article described a luncheon in the White House between the president and Eduard Shevardnadze, during the foreign minister’s visit to Washington to sign the INF treaty on […]

1985.06.11 20.00c Event       Close encounter of the first kind China was one of several countries to report an extraordinary UFO during 1985.  On 11 June, a Civil Aviation Administration Boeing 747, flying from Beijing to Paris, witnessed the object in the late evening, over Lanzhou in Gansu province. The UFO flew across the path of […]

1980.06.08 On 8 June 1980 at Port Klang [a] destructive act was reported.  A bright luminous ball that rotated and gave off various colours appeared above an oil refinery and seemed to shoot a beam of light straight at the complex, according to eyewitnesses.  The beam missed, but hit a house nearby, which erupted into […]

1974.10c In the autumn of 1974, a metal disk some 100 metres across approached a South Korean anti-aircraft shore battery.  The commander launched a Hawk guided missile which was immediately shot down by a “white ray” from the UFO.  The second ray was directed at the battery, melting the remaining two Hawk missiles into an […]

1971.09 19.30 Distant encounter Chen Chu was serving with the People’s Liberation Army during an assignment north of the city of Dingxian in September 1971 when he witnessed a UFO event.  It was approximately 7.30 in the evening and Chen Chu, and others, witnessed a globular object rising slowly and emitting a misty gas.  After […]

1970.05 One of the most elaborate, and most prophetic, claims concerning retrieved alien bodies and crashed saucers surfaced on tape-recordings made by William S English in the early 1980s… English‘s version of his story, as told in interviews with the author, is this.  In May 1970 he was an officer with US Army special forces […]